Since starting this blog in 2009 I have added a few features that have taken Morning Erection into directions I never would have thought possible. Once a month I feature poetry in a segment called Poetic License. Bloggers who write poetry have bent over backwards in allowing me to use their works on this site. Poetic License has been well received and it has been beneficial for both me and the poets as we both gain readers. Starting next month Poetic License will be posted on the first Monday of every month.

I’ve been lucky to have people willing to guest post for me. On the first Saturday of every month a different blogger has shared very informative, insightful and pertinent information from their hearts.

Most recently I began conducting interviews. The interviews are informal in a magazine/newspaper style. I have asked a few of the most interesting and creative people I have come across on the Internet to allow me to interview them. The schedule I will be keeping for the interviews is every other month on the 15th.

Here are a few images I was going to use for different posts but I never made the posts so they were left out, or I collected too many photos for a certain post. The first two are Wolf Blitzer doing the Dougie at the BET Awards, then Let Me In poster and premiere night. Also the show that got canceled, Undercovers.

August 28
My most popular post next to the meme was the Most Beautiful Girl In The World and this January I will be posting another post very similar to it. April and I have also spent a lot of time putting together a poll that involves questions for girls/women about their childhood and teen years.

September 22
Chef Ming Tsai did not become the Next Iron Chef and maybe it was due to arrogance but I don’t think so. Even now a month later, I am still very upset. Ce la vie! The winner of the Next Iron Chef was Chef Marc Forgione. Who knew!

November 28
Urban Legends: Believe it or not all three stories are absolutely true, however only the first story about having a gun pointed in my face was true about me. I did not notice the armored car that was getting the money from the store when I ran to grab the tennis ball. The guard just wanted to protect himself and guard the truck, I suppose. It scared me and I think scarred me for life. Not a very pleasant thing to have happen. Congratulations to the many who guessed number one?

December 1
Nude Dinner Party: When I first posted the invitation on November 16th, I didn’t know I was going to make it a nude dinner party but since it wasn’t real, why not! Most everyone invited showed up and even some unexpected guests showed up for the movie. All but a very few got naked for the event and it might be something I plan again next year! Not really.

December 12
I was nervous but I think the community meme was a success. There were some participants that were unsure about what time zone to post in and a few who forgot to mention they wanted to be a part of it. If you would like to visit a few sites that might not have had the five comments, visit these: Quianna’s Blog and Tour De Web. Scott cannot figure out how to add comments to his microblog and Quianna’s internet was down. At least visit QuiannaK’s blog and spread some comments her way! It’s never too late. If you would like to start a meme with a lot less rules and great questions, I would be interested in taking part in that. There is already plans in the working by one of the participants to create his own meme with a possible February date.

What I found most interesting about the meme was the answer to question six. “What would you do with your last day if you found you had only one more day to live? We are bloggers, right? The meme was for bloggers, right. Only one person (of the posts that I read) stated he would leave one last post on his blog. Does anyone who participated in the meme have a plan in place to notify your readers and visitors in the event you die?

December 29
Lady T, Teena Marie passed away on December 26th. If you would like to listen to one of my favorite Teena songs, you can watch on YouTube. It’s a live version of Casanova Brown.

According to some of the female visitors there has been a disproportionate amount of photos and wallpaper of women compared to men. This has been pointed out to me on several occasions. So, some time in the upcoming year (probably in April), I have prepared two posts strictly for women of male nudes (the first post, rated PG-13 and the second NC-17). After these posts I don’t want to hear anymore complaining. I am just warning you to either look forward to it or know when to steer clear of the site at that time. I don’t feel like I am caving into my readers, instead I feel like I am catering to them. I don’t just write this blog for myself. I write because I like visitors and I want you to continue visiting because you enjoy what I present. Just know that the second post is most definitely NSFW.

My Morning Erection wouldn’t be the same without you, the faithful visitor! I look forward to continue blogging in 2011. If you have any additional ideas for posts I am very interested in hearing them as well. Like last year I hope my content gets better as I continue to blog and I hope I will see you all next year. Be safe and Happy New Year!

Tomorrow is New Years Day and my guest blogger Iris Orpi will take front stage. The post tomorrow is a piece titled Déjà vu. I can assure you, you will enjoy reading her writing. Her blog is Cognac For The Soul but she also has six other sites you can visit. I apologize that this Saturday is a holiday because it could effect the amount of traffic to her post.

Iris Orpi will be guest blogging

Posted by Tom Baker in Indianapolis on December 30, 2010

I was sitting at my computer and the desk started shaking and the walls rattled. It was 7:56 and I knew I had just experienced an earthquake. It was not as strong as the one that was felt here two years ago that had its epicenter in Illinois, but apparently it lasted longer (about 15 seconds).

I was watching the news, Fox 59 and they weren’t phased at all. After the commercial break they asked if all the people calling in about a possible earthquake would cease from calling because their system was overloaded. A magnitude 4.2 earthquake did indeed hit 46 miles away in northern Indiana. Later the USGS downgraded the quake to a 3.8. My first earthquake. Just thought I would blog about it.

To Teena Marie, Alia Rose And My Sister Terri: Thank You

Three days ago one of my favorite singers died. Nicknamed the Ivory Queen of Soul, Teena Marie passed away in her sleep on December 26th. When I was five years old, Teena’s song called Lovergirl was a huge hit with my sister. I remember her dancing and singing to that song night and day. I didn’t know it at the time but my sister wasn’t/isn’t a good singer. Teena however is a different story. 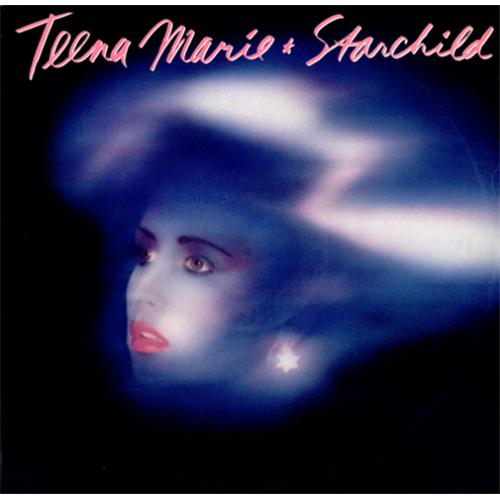 The album was Starchild and the year was 1984. Born Marie Christine Brockert and a protege of Rick James, Teena’s voice led me to believe she was a Black woman. I had no idea. She’s the funkiest, (of course, Rick James), soulful-est woman I know.You might never have heard of Teena before today but her lyrics are one of the reason I love poetry so much. How this singer/songwriter/arranger/composer never won a Grammy Award, let alone any other awards is mind blowing. She was nominated for four Grammy awards.

She died at age 54 of what is being called natural causes. She leaves behind one daughter, Alia Rose. She had a huge influence on the life of Lenny Kravitz. Watch his video on YouTube of when he first heard the news.

Since Lovergirl, I have collected all of her albums and I love them all. My favorite Teena Marie song though is one of the duets she did with funkmaster Rick James entitled Fire & Desire. There was a campaign earlier this year to get Teena Marie a star on the Hollywood Walk of Fame to no avail. Perhaps now in death she will be recognized for her vocal accomplishments in her life. Below are the poetry/lyrics to one of the many favorites songs by Lady Tee a.k.a. Teena Marie.

Irons In The Fire

I will miss my girl Teena Marie, Real music by real people. God bless my sistah and her family. U will be missed.   ~ Sheila E.

On Saturday January 1, 2011, New Years Day, Iris Orpi will be guest blogging. Her blog is Cognac For The Soul. I would stress upon you the mistake you would be making if you missed the opportunity to visit her site before her post goes live on Saturday. I can assure you, you will enjoy reading her writings.