Love is kind of a strong word! My first embarrassing thought was High School Musical 3. Don’t ask! Even more shaming is the fact that I like Caligula. There were some very excruciatingly horrible scenes I had to endure but it really amazes me how many sophisticated and poised actors like Peter O’Toole and Sir John Gielgud and even Helen Mirren were in this pornographic farce of a documentary.

My wife watched it once and that was enough for her but sometimes I like to sit and watch and laugh at some of the dialogue and again to see prominent movie stars bouncing their naked jewels for the camera is funny. I first saw Caligula with a couple of my friends (three males and one female). We were all either 12 or 13 years old. One of the kid’s father had an old VHS copy. We watched it in their basement one day after school. Let me tell you, it is not a movie a hormonally challenged kid like myself should have seen. Truth be told, I don’t recommend the movie for anyone. Caligula was one messed up dude and to me, I don’t believe the movie captured the true depravity of the man. I think he was much worse than he was portrayed. Just my opinion.

It is funny that I thought of this ‘film’ instead of using High School Musical 3 because I recently began working on a post about Caligula. I will save that post for sometime later in the year now. 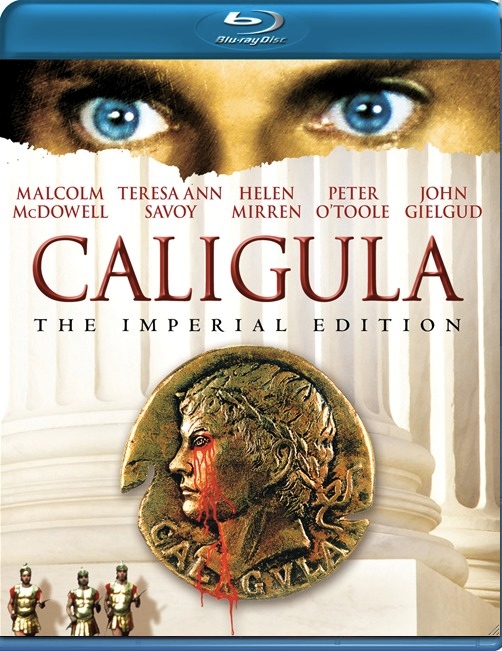 This entry was posted on May 29, 2011, 12:01 AM and is filed under 31 Days Of Blogging Honesty, Blogging, Movies. You can follow any responses to this entry through RSS 2.0. You can leave a response, or trackback from your own site.

Leave Me With A Portion Of You ... Cancel reply