Shame On You Go Daddy.com 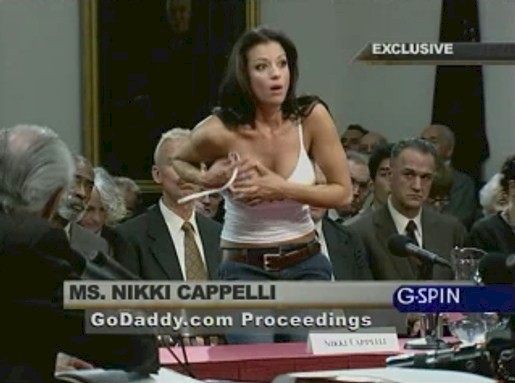 With the Super Bowl fast approaching I was reminded of the GoDaddy.com commercials I have been seeing all season long on ESPN, Fox and CBS during football games. I cannot fathom why these networks would allow such a obviously sexual commercial to be aired during a time when male and female children are sitting in front of the TV with their parents or worse, by themselves.

I am not a prude, but I know if some of the things that were made available to me  when I was a kid, were not within my grasp, I wouldn’t have been the hyper sexual teenager I was. I’d be fine with that.

Hollywood keeps shoving sex and violence down the throats of minors and we wonder why teenagers act the way they do. I hope I’m not the only one who feels this way.

Garrett Morgan was born in Paris, Kentucky on March 4, 1877. He was an inventor and best known for inventing the Gas Mask. His ‘lesser’ known inventions include the zig-zag stitching on modern day sewing machines and the traffic light. His invention made driving safer for the drivers as well as pedestrians.

On July 25, 1916, Garrett Morgan made national news for using his gas mask to rescue 32 men trapped during an explosion in an underground tunnel 250 feet beneath Lake Erie. Morgan and a team of volunteers donned the new “gas masks” and went to the rescue.

Make sure to stop back tomorrow for a truly great post from our guest blogger, JeLisa Sterling-Smith from …And The Lived Blogging Happily Ever After. Hear JeLisa confess to never wanting to get married – EVER and how the love of her life changed her tune. Be warned… It’s Mushy!