Archive for category Over A Cup Of Coffee

Posted by Tom Baker in Blogging, Guest Blog Post, Guest Blogger, Over A Cup Of Coffee on April 8, 2012

Before thanking Cherlyn for her guest post I want to wish everyone who celebrates Easter, a wonderful day remembering the day Christ rose from the tomb conquering eternal death.

I find it somewhat sobering that this post should publish during the month of honesty. I don’t know where you found the strength deep down to pull together these words and share them with the masses but I thank you once again for guesting for me in any capacity. You are a lovely woman and I know first hand how blessed I am to know you.

I think I have told you this before but if not; if there was one gift I could give you it would be the ability to see yourself the way others see you.

You are just a wonderful person and I am proud to call you friend. Please realize you cannot let others dictate to you how you feel about yourself. I know you  are not religious but this is what God says about you: From Psalm 139:14 it states that “I am fearfully and wonderfully made”.

You are unique. There is none like you and you should celebrate in your oneness. There will never be another Cherlyn. You are special. You are special to me. I love you my friend and I want you to love yourself.

Thank you once again for blogging in my stead. From your poems, your help with memes, challenges and your friendship, Morning Erection would not be the same without you. Could there possibly be a third time for guest posting in our future? Thank you again. In May my guest will be another blogger and friend, Prinsesa Musang. Please come back for her guest post on May 5th.

Posted by Coffee_Junky in Blogging, Cherlyn Cochrane, Guest Blog Post, Guest Blogger, Over A Cup Of Coffee on April 7, 2012

Cherlyn Cochrane joins the list of only one other blogger; Chris Ferrell, who has guest posted twice on Morning Erection.
This post required a lot of soul searching and much reflection. It is not meant in anyway to illicit from you pity or judgement. Cherlyn is not only this month’s guest blogger but also my good friend so like I ask every month – please leave a comment and check out her awesome blog.
This post is a two pager. Be sure to click on page two at the bottom to continue.

I’ve often asked myself in the past six months or so, “How did I get this way?” It’s one of those questions with either infinite answers or absolutely none at all. Most people can’t pin-point the exact moment or time when they shut down completely – I however, can pinpoint the precise moment.

Labor Day weekend is typically uneventful for most of us, and I can admit I have absolutely no idea the significance of the day other than the fact that I typically get the day off and get extra pay. My friends and I will find any excuse to get-together and drink, and this past Labor Day weekend was no exception. And now, it has its own type of significance.

The summer of 2011 wasn’t typical for me; I was going out with my friends more, drinking, staying up late and basically enjoying my college years (…after I had already completed college. I suppose I tend to do things a bit backwards). Normally that would sound like a rather good summer, but to be frank, I was anxious for it to be over. For whatever reason, 2011 was a year I decided I had had enough of being alone. After spending a good few months being rejected, I had dared to attempt online dating. My summer comprised mostly of me meeting new singles, trying to find someone I could stand being around for more than a day and who could stand being around me. So while I enjoyed going out, I was looking forward to the constant meeting of new people, the constant first (and only) dates to be over, and to move on – to change seasons to be obviously metaphorical.

A few bad dates here and there, I was starting to lose hope, lose confidence in myself. I was trying to arrange a meeting with someone I had been talking to for a while that sounded like a nice enough guy. After a few evenings of him not responding to my messages, I was in need of some comfort so I visited a friend’s house for a few drinks. This would be the start of my infamous Labor Day weekend. 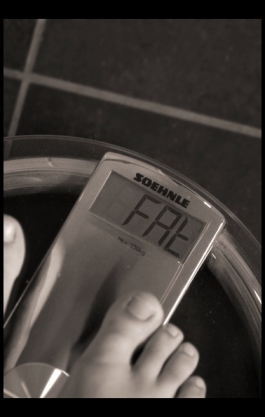 I knew I’d be having a few drinks the following night, and was hoping to not drink too much this Friday evening. What kick started my drinking binge of the weekend was my friend’s Aunt Kay.

We sat outside on their back porch, it seemed only fitting to enjoy one of the last nights of the summer enjoying the warm air and blue skies while it lasted. It was my friend, her mother, aunt and I, sharing a few glasses of wine. The topics were nothing of relevance, films and music, normal topics. The artist Adele was brought up, as we and the rest of the nation was entranced with the single Rolling in the Deep. As I would learn to be in typical “Aunt Kay” fashion, she said bluntly, “She’s really pretty for a fat girl. You know CiCi, if you cut your hair, and wore some make up, you’d be really pretty too.”

I’m almost positive at this moment now she was probably trying to give me a compliment. The positive person in me wants to see the good in everyone and I would like to believe no one would go out of their way to make me feel bad. Another part of me feels like I did then, and that is embarrassed and ashamed of myself. I was sitting in the company with slender, beautiful, women, most of all being my friend, and I felt like a cow who interrupted their civil conversation.

For a few hours after that, I spent the evening with my friend in her room downing glass after glass of wine until I succumbed to a blissful numbness and tingling over my body. It wasn’t until about 9:30 p.m. that Tom, the guy I was talking to and hoping to meet, called me and wanted to do drinks that evening. He invited along my friend. Figuring there’s no harm going out for a little while more, the three of us went out for drinks.

I was nervous, and looking back I realize I probably should’ve met him alone. Sure, I was comfortable with my friend, but it’s better to meet someone new (especially in a date setting) alone. He wasn’t extremely talkative, making me more nervous. My friend did a lot of talking and I thought after a half an hour and a few shots things were going all right. He invited a friend out and we ended up bar hopping. When we got to the bar Emma’s, and he stalked off with his friend; my friend and I bought a drink and he started ignoring us. My friend and I went to the bathroom and then bought another drink. When we returned to where Tom and his friend were sitting beforehand, they were gone – he didn’t respond to my text messages or even have the courtesy to send me a message the next day. 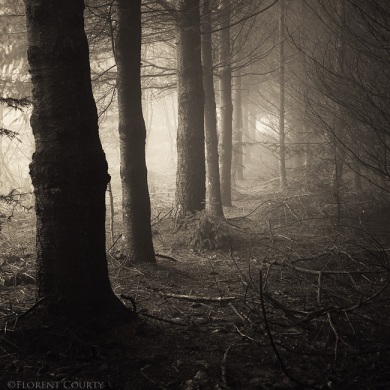 For the second time that night I felt awful. There’s no feeling quite like feeling undesirable. I feel like I was rightfully upset, but I know I didn’t deal with it well. I had another drink, then another one. The bits and pieces I do remember involve two attractive black guys, kissing, fondling, and driving around. Luckily I made it home accompanied only by the hangover that would ensue.

The next day was the day of my friends’ party. They lived in Etobicoke, which meant a fair amount of travel time. To be quite honest, I really didn’t want to go. I knew that seeing my friends would be a lot of fun but I just wanted to mope around in my house. I sucked it up and went anyways.

I had been feeling kind of gross all day and decided I didn’t want to drink. I had about one drink for the first two or three hours of the evening. And as much as I love my friends, they can be a little pushy or moody when not everyone is drinking – I guess they sometimes think it’s like we can’t have fun without the alcohol. I ended up drinking more than I intended, at first to just shut them up, and then because I was getting drunk and I apparently don’t know the word “no” when I’m drunk.

My mood wasn’t the greatest, but I was pretty good at pretending I was fine – that is, until Tom sent me a text message asking for my friend’s number.

Now, that may not sound like a good enough reason to act like such a moron as I did, and it probably isn’t a good reason. But when you spend a good portion of your teenage years and now the beginning years of your adulthood being compared to your hot friends and knowing you’ll never be as attractive as they are, as skinny as they are, and as wanted as they are, sometimes you just can’t fake a smile on your face.

I must first thank you Cherlyn (above) for deciding to not only be a guest blogger but for doing so less than two weeks before post date. My other guests have known months in advance sometimes and had all that time to gather their thoughts and compose an awesome post. You did it and it was a great post.

I can tell you put a lot of thought into the feelings you typed on your keyboard. I’m glad you are happy now and I hope you continue to be happy (and I’m not lying). I too have been happy lately because first, The Most Beautiful Girl In The World post was so well received, second because it appears that I am back on schedule with my first Saturday of the month Guest posts, and thirdly and most importantly, my wife April is whole again. I surely hope she never gets that sick again.

Sometimes we find it difficult to be honest to ourselves let along anyone else. I hope your post can help others in their personal trials come to grips with the struggles they face and have great success overcoming their short comings. April asked me to tell you she is very impressed with your Clear Reflection poem. One day I might be able to get her to sign up for WordPress and make her own comments. Merci beaucoup.

If you missed her post yesterday please take a minute and read it. I would also like to thank all who left comments. I appreciated them and I’m sure Cherlyn did as well. I do not have a confirmed guest for October however there are two people interested.