Posted by Tom Baker in Johnny Depp, Movies, The Lone Ranger on October 17, 2011

I am a movie fan through and through yet I can see how two posts about movies in one week might be too much for some, especially my newest readers. Movies are an important aspect of my entertainment world – even more important than TV, I suppose. With the news that Johnny Depp’s name is associated with a movie really piques my interest. Johnny Depp (to me), is this movie generations, Cary Grant and Mr. Grant is one of my all time favorite classic screen actors.

Anyway, Disney has confirmed that The Lone Ranger is back in line for production and will premiere on May 31, 2013 instead of its original release date of Dec. 22, 2012. What surprised me the most about The Lone Ranger is that Mr. Depp is playing Tonto and not the Kemo Sabe. 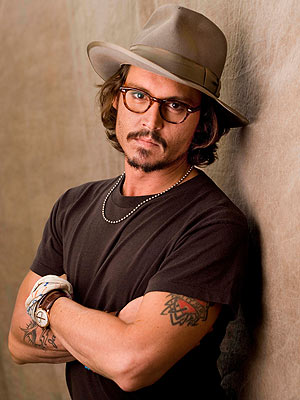 Shooting of The Lone Ranger reunites star Johnny Depp, director Gore Verbinski and producer Jerry Bruckheimer, the team who put together Pirates of the Carribbean. Are you interested in seeing this flick? Are you too young to even know who The Lone Ranger is?

Will There Be A Fantastic Four 3 Movie?

Will There Be A Fantastic Four 3 Movie?

I will admit that Fantastic Four 2: Rise Of The Silver Surfer was kind of a let down. Still all in all a bad comic book hero movie is better than no movie at all. X-Men 3 wasn’t all that great either, but still I wanted another X-Men movie and they gave it to me (us). What is going on with the Fantastic Four franchise?

I want another F4 movie and I’m hoping I get it. Actually there are lots of things I want. A Six Million Dollar Man movie, a Star Trek movie with captains, Sisko, Picard, Janeway and Q in it, a sequel to Princess Bride with Fred Savage trying to retell the story from memory to his sick child, a really good sequel to Jurassic Park, another Charlie’s Angel’s movie without Cameron Diaz or Lucy Lui and Jaclyn Smith as Bosley.

You know I’m a movie freak so my list could go on but I will spare you. Chris Evans who stars as the Human Torch in the franchise seems to believe there will not be another movie. That is sad, but perhaps he can star as the $6,000,000 Man. I also hear Johnny Depp wants a cameo in the upcoming Jump Street movie. Depp got his start on the Fox television show, 21 Jump Street.

In other news, there is going to be a sequel to The Goonies with most of the original kids cast coming back. Also look for a big screen version of Gilligan’s Island.

My Guest blogger for March is Nathan Pralle from PhilosYphia. Saturday March 6, 2010 is when you will be able to read Nathan’s post. Please stop by his site to get a feel for the kind of reading you can look forward to next Saturday.