Archive for category Movies To Watch

Earlier this year cable channel TCM screened a digitally enhanced 70th anniversary version of Casablanca. Coming this July 12th,  if you so choose you will be able to see Singin’ In The Rain digitally enhanced for it’s 60th anniversary. It is my belief that if you like the musical genre, and enjoyed Music Man, The Sound of Music; you will enjoy this too. On my list of musicals it ranks number two.

I believe it is Gene Kelly’s greatest work and I still find myself singing many of the songs from this film. My favorite songs are Singin’ In The Rain (also the best scene from the movie), and Good Morning. Debbie Reynolds, Cyd Charisse and Donald O’Connor are excellent in this film as well. Cyd Charisse made such an impression on Janet Jackson that she appeared in a cameo in her Alright video. 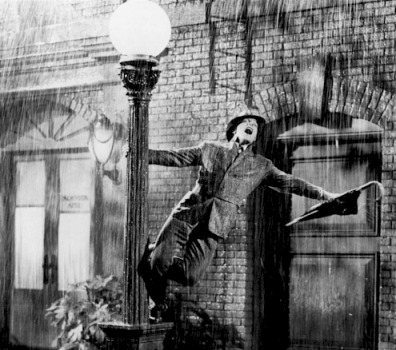 The event begins with a Turner Classic Movies original production featuring TCM host Robert Osborne in an exclusive specially produced interview with star Debbie Reynolds. In this interview, audiences are taken behind the scenes of one of the greatest musicals of all time as Ms. Reynolds shares memories of working with the late great Gene Kelly and Donald O’Connor.
Immediately following these exclusive behind the scenes extras be carried away by the songs, story and romance of one of the greatest musicals of all time – Singin’ in the Rain – as it graces the silver screen for only one night fully remastered and more beautiful than it ever has been before!
Don’t miss this timeless classic on the big screen for only one night on July 12th and celebrate the release of the Blu-Ray™ on July 17th.
*Additional matinee showings available at select movie theater locations. Check your local listings for details.

Star Trek: Of Gods And Men, A Review 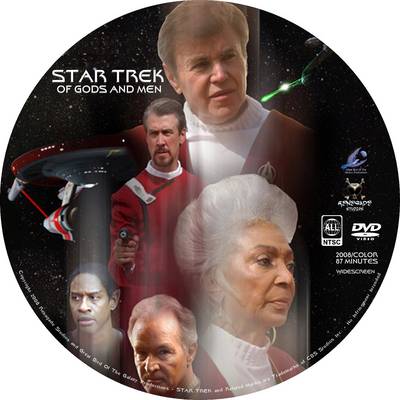 I’m only four years late but I just watched an addition to the Star Trek franchise universe of motion pictures. The movie is called Star Trek: Of Gods And Men. It was filmed in 2006 and released in 2007 on what some would call a laughably small budget. The cast features some of Star Trek’s most elite and beloved characters. Nichelle Nichols as Captain Uhuru, Walter Koenig as Captain Chekov, Tim Russ as Tuvok (who also directed the film) and Garrett Wang as Garan.

Do you remember Charlie X from the original series? Charlie returns after having escaped his forty years of captivity to seek revenge on Captain Kirk. Upon learning that Kirk has been dead for almost twelve years, he seeks his revenge upon him from the past.

The movie is set in the year 2306 where the dedication of the U.S.S. Enterprise – M is set to be dedicated when they receive a distress call. The thing is I really enjoyed this movie and I have not seen so much poor acting since I was in high school.

The movie is broken up online into three 30 minute parts so it is easy to watch a little or a lot whenever you have the time. To learn more about the movie before watching it, check out what Wikipedia has to say about Star Trek: Of Gods And Men.

This isn’t much of a review to be honest. I liked the film and you might like it to. You can view it online for free by clicking on the DVD artwork.

If you have already seen the movie let me know what you thought of it.  Regardless of what you do, live long and prosper!

Next week is the beginning of November and my guest blogger this month is Lakia Gordon. Lakia approached me with an idea and I thought it might be best expressed through a guest post. Lakia has been working on a project and she will share with you, as only Lakia can, just what it is all about. Suffice it to say she has put into it  a lot of blood, sweat and tears into the project and is busting at the seems wanting to spread the word. Stop by on Saturday, November 5th to see what the commotion is all about.

John McClane To Die Hard Again, Then Pass The Torch 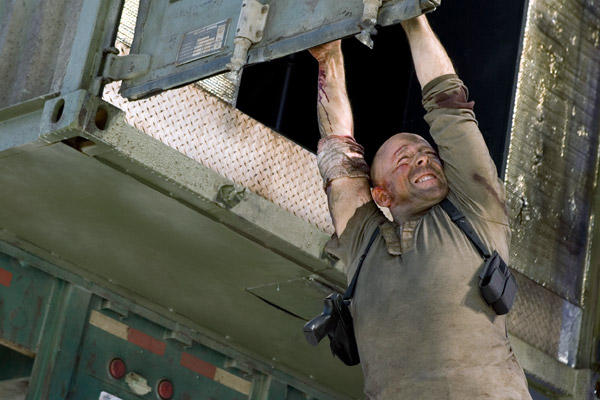 Die Hard 5: A Good Day To Die Hard is the working title for the upcoming sequel. Hollywood sequels are always subject to title changes so this is just what it is for now. Die Hard 5 will, of course star Bruce Willis as John McClane. The movie begins shooting next year and is slated for release on February 14th, 2013. Happy Valentine’s Day!

Russia serves as the setting for DH5 with John trying to bail his son out of jail only to find that he is mixed up somehow in a terrorist plot. Of course it depends heavily on who is cast as John’s son, but based on the title the torch might be passed on to him, if McClane dies in this movie. I wasn’t too happy with the idea of Shia LeBeouf taking over for his father Indy, but maybe Lucas and Spielberg know a little bit more about movie making and casting than I do.

Whatever the case may be, I am a huge fan of the Die Hard franchise and look forward to whatever may be. What do you think.