Earlier this year cable channel TCM screened a digitally enhanced 70th anniversary version of Casablanca. Coming this July 12th,  if you so choose you will be able to see Singin’ In The Rain digitally enhanced for it’s 60th anniversary. It is my belief that if you like the musical genre, and enjoyed Music Man, The Sound of Music; you will enjoy this too. On my list of musicals it ranks number two.

I believe it is Gene Kelly’s greatest work and I still find myself singing many of the songs from this film. My favorite songs are Singin’ In The Rain (also the best scene from the movie), and Good Morning. Debbie Reynolds, Cyd Charisse and Donald O’Connor are excellent in this film as well. Cyd Charisse made such an impression on Janet Jackson that she appeared in a cameo in her Alright video.

The event begins with a Turner Classic Movies original production featuring TCM host Robert Osborne in an exclusive specially produced interview with star Debbie Reynolds. In this interview, audiences are taken behind the scenes of one of the greatest musicals of all time as Ms. Reynolds shares memories of working with the late great Gene Kelly and Donald O’Connor.
Immediately following these exclusive behind the scenes extras be carried away by the songs, story and romance of one of the greatest musicals of all time – Singin’ in the Rain – as it graces the silver screen for only one night fully remastered and more beautiful than it ever has been before!
Don’t miss this timeless classic on the big screen for only one night on July 12th and celebrate the release of the Blu-Ray™ on July 17th.
*Additional matinee showings available at select movie theater locations. Check your local listings for details. 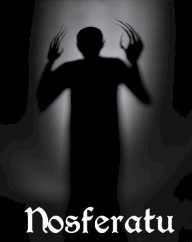 You love horror movies. You love the feel of your heart beating like it’s coming right out of your chest. The adrenaline courses through your veins and sweat appears on your brow. You have greasy butter covered, salted lips and a lump in your throat. Then the movie is over… and you have to go home to a dark empty (?) house.

You hear a noise, you see something out of the corner of your eye. Has that ever happened to you? More than once?

I’m just curious. Has this ever really happened to you? What was the movie and tell me about the dream. When did you get over it and finally get a good night sleep?

The Avengers 3D: A Review 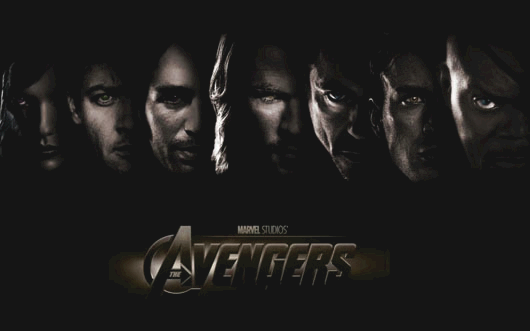 Nick Fury is director of S.H.I.E.L.D, an international peace keeping agency. The agency is a who’s who of Marvel Super Heroes, with Iron Man, The Incredible Hulk, Thor, Captain America, Hawkeye and Black Widow. When global security is threatened by Loki and his cohorts, Nick Fury and his team will need all their powers to save the world from disaster. Scarlett Johansson, Chris Hemsworth, Chris Evans, Jeremy Renner, Robert Downey Jr., Mark Ruffalo and Samuel L. Jackson star in The Avengers. 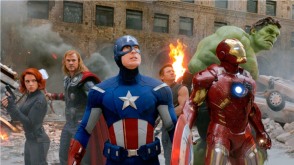 I am not good at writing reviews but… here goes.

This is the best superhero movie — EVER! There is no doubt in my mind. I used to think The Dark Knight was the best superhero movie and it still reigns supreme as far as story telling and character development but for pure action and comedy. It isn’t fair to compare the two movies because they are in two different leagues. I don’t expect this summer’s Dark Knight Rises to do much better that the success The Avengers is having because Bane is not a popular villain and I expect the wave of success to continue for Avengers. The success includes a $200 million dollar weekend box office as well as a worldwide total of $640 million. To put the success of the Avengers into perspective, the number two movie only made $8 million dollars. I don’t think anyone even watched any other movie this weekend!

For me, I did not enjoy either of the two Hulk movies at all. I didn’t like Ed Norton as Dr. Banner and I did not find anything to like about Eric Bana’s version. I was put off by the CGI but in The Avengers I did not mind at all. In fact Mr. Hulk has the best scene in the entire movie. I don’t want to spoil it for you but the movie is outright, roll on the floor, funny. There are plenty of one-liners and sarcastic remarks to go around from everyone including Agent Phil Colson, however the Hulk has the best single scene in this great movie and I guarantee you a good belly laugh all at Loki’s expense!

I saw The Avengers in 3D. This is one movie that should be seen in 3D especially the final battle between Loki’s army and our heroes. This is just a fun, good time, family movie. Entertainment at it’s best. There is an issue I have with how in one scene the Incredible Hulk is a raging lunatic and the very next time Bruce turns, he is in ‘control’ of the monster. Perhaps it is because the second time he caused himself to turn and the first time it was anger. I’m not sure there will be an answer to the question, but that is the only flaw with the film I found worth mentioning. If I were forced to find another issue I would say that even with the 155 minute run time, I left wanting more. I seriously could have sat through another hour and not complained that the movie was too long. I hope any sequels are just as enjoyable.

In terms of sheer numbers I think The Avengers has surpassed The Princess Bride for being the movie with the most memorable and repeatable quotes. One of my favorites is Captain America talking to Black Widow concerning their first encounter with self proclaimed thunder god Thor: “There is only one God ma’am. And I don’t think he dresses like that.”

I recommend The Avengers for anyone who wants to see a great action-packed, feel-good movie.  4.5 out of 5