Another crazy post from the science fiction loving imagination of Tom Baker. I love the movie Time Cop. Don’t laugh, I thought it was a well thought out piece of creative sci-fi and that is where the catalyst for this post comes from.

As for me, I would like to go back in time and buy shares of stock in all the major oil companies around the world. I would purchase 10,000 shares of each companies preferred stock and set up a bank account (in the past). I would use the money for people who are unemployed today and those without health insurance. I would use the money to start a company that would help keep benefits going for the millions who have exhausted their benefits. People like Iron Cook Carl, who have exhausted their unemployment benefits, who have children and need to continue to have a roof over their heads.

I just heard the Republicans have overturned the healthcare bill today that was passed last year helping millions without insurance in the U.S. Also the Republicans and Democrats can’t seem to get together to help the so called 99ers who have exhausted all benefits but still have living expenses; I think going back in time might help.

In a far less noble gesture, I think I would like to go to ancient Egypt and see exactly how they made those pyramids.

For the record, if Congress has passed a law requiring new expenditures to be paid using stimulus money and not added to the national deficit, then I am in agreement with Senator Jim Bunning. To hold hostage benefits to millions of individuals and families to make a point is wrong and I strongly disagree with the senator.

The point should have been made a long time ago. Congress should not have waited so long to extend the bill that would keep benefits coming to those who have lost their job. With something so important you just don’t wait until the week before time runs out to tackle the problem.

The money to pay for the extension should come directly from the stimulus money and not be added to the deficit if that is what has been determined. Denying children food and shelter is wrong because landlords don’t want to hear any excuses about what’s going on between you and the government. Stop the madness people!!! 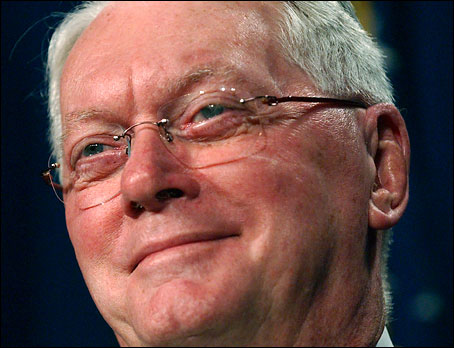 With up to five million people subject to losing their benefits by June, (according to the National Unemployment Law Project) and crime increasing, if I were in Senator Bunning’s position, I would invest in several bullet proof vests. I’m just saying.

As of the writing of this 9:05 pm, March 2, CNN reports that there is a deal in the works to get the bill passed by the end of the night. We will see what happens with tempers so high…

Our Guest blogger for March is Nathan Pralle from PhilosYphia. Saturday March 6, 2010 is when you can read Nathan’s post. Stop by his site to get a feel for the kind of reading you can look forward to this Saturday.